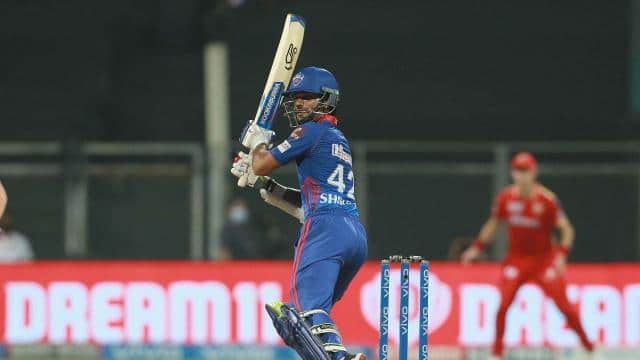 In the 11th match of the Indian Premier League (IPL) 2021, the Delhi Capitals team defeated the Punjab Kings by 6 wickets. Batting first after losing the toss, Punjab Kings scored 195 runs at the loss of 4 wickets. For the team, Mayank Agarwal played a brilliant inning of 69, and captain KL Rahul scored 61 runs. Shah Rukh Khan (15 not out) and Deepak Hooda (22) also contributed significantly with the bat in the last overs. Delhi scored the target of 196 runs in 18.3 overs. Opener Shikhar Dhawan hit a brisk inning of 92 runs, while Marcus Stoinis led the team to victory by playing an unbeaten inning of 27 runs in just 13 balls.

Chasing a big target of 196 runs, Delhi was given a bang by Prithvi Shaw and Dhawan and both added 59 runs in 5.3 overs for the first wicket. Shaw was dismissed for 32 off 17 balls by Arshdeep Singh. After this, Steve Smith (9), playing his first match for Delhi, could not show anything special with the bat. Captain Rishabh Pant also did not look in rhythm and he scored 15 runs in 16 balls. The pair of Marcus Stoinis and Lalit Yadav did not let any other wicket fall of the team. Marcus Stoinis hit four in Riley Meredith the ball, winning the team.

Earlier, losing the toss and batting first, the Punjab Kings were given a stormy start by Mayank Agarwal (69) and KL Rahul (61) and the duo put on a century partnership for the first wicket to add 122 runs in 12.4 overs. Lukman Meriwala, who is making his debut in the IPL, gave Delhi the first success by dismissing Mayank. After this, Chris Gayle landed at the crease could not do anything special, and became a victim of Chris Woakes by scoring just 11 runs. Nicholas Pooran’s flop show continued in this match as well and he could only score 9 runs. In the last over, Deepak Hooda scored 22 from 13 balls and Shah Rukh Khan scored 15 from 5 balls to take the team to a total of 195.