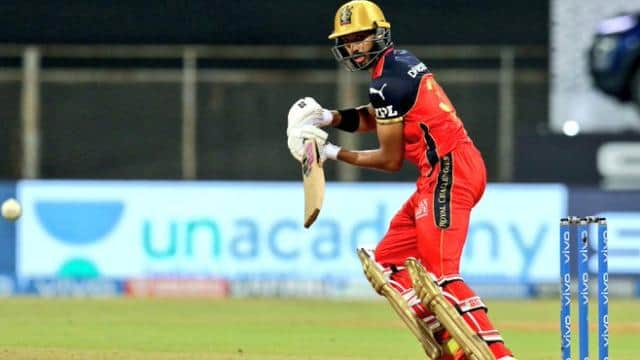 In the IPL 2021, Royal Challengers Bangalore won unilaterally by 10 wickets against Rajasthan Royals on Thursday. In this victory of the team, opener Devdutt Padikkal’s unbeaten century and captain Virat Kohli’s 72 runs unbeaten innings was a special contribution. At the Wankhede Stadium in Mumbai, the team had a target of 178 runs from Rajasthan, which the team achieved without losing wickets. While Padikkal’s unbeaten innings of 101 runs included 11 fours and 6 sixes, while Virat joined the party, he scored an attractive inning of 72 runs off 47 balls with the help of 6 fours and 3 sixes. With this, the team has recorded its fourth consecutive win of this season.

Bangalore’s bowlers again proved that no one can stand in front of them.

The Rajasthan Royals team managed to score 177 for nine against RCB despite the failure of the top order. Confident of winning three matches in a row, the Royal Challengers Bangalore bowlers proved skipper Virat Kohli’s decision to bowl after winning the toss and took wickets early. For RCB, Mohammad Siraj took three wickets for 27 runs, while Harshal Patel took a total of three wickets for 47 runs from two wickets in the last over. Kyle Jamieson, Kane Richardson, and Washington Sundar each got one wicket each.

Rajasthan’s Top Order Batting Also Did Not Succeed In This Match.

The Rajasthan Royals batting remained a problem that continued in this match as well. Captain Sanju Samson’s hopes of playing a big inning could not be fulfilled. But Shivam Dubey (46 runs, 32 balls, five fours, two sixes) and Riyan Parag (25 runs, 16 balls, and four fours) added 66 off 39 balls for the fifth wicket to help the team reach a respectable score. In the end, Rahul Tewatia contributed 40 runs off 23 balls with four fours and two sixes.